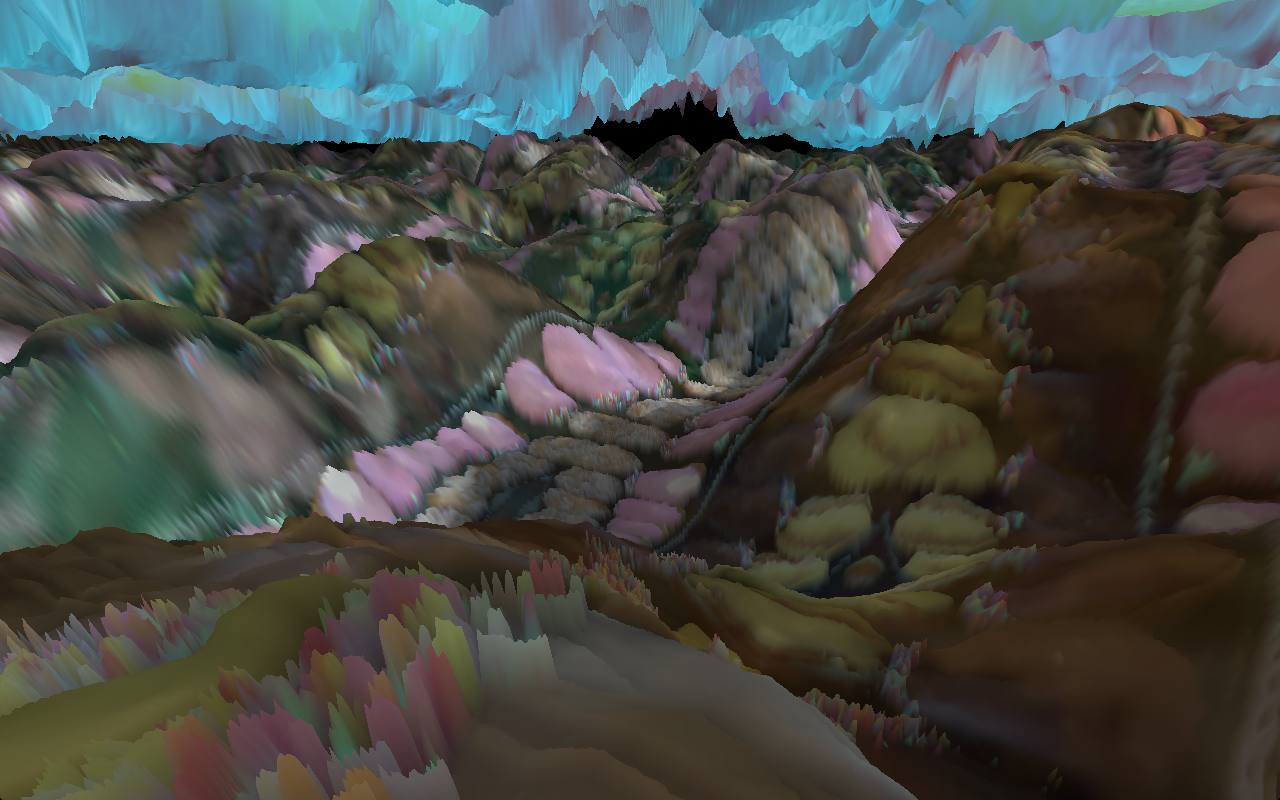 Today I looked around in Ian MacLarty's Southbank Portrait. MacLarty generated it from photos and sound recordings he took in the South Bank area in Melbourne. The portrait (or game, I don't really care) is a 3D terrain generated by using the photos as height maps. At any given moment you are walking around "inside" one photo and occasionally the photo switches to another - so the world's shapes and colours morph into a new configuration. At the same time the sound recording switches over to another. In the screenshot above, you can see a world generated from a photo of some very pink iced donuts - that was the only photo whose contents I could guess just from walking around in the world.

Maybe it's because I'm an Australian (living overseas), but I really felt like through some mysterious process of osmosis, the translation of the pictures and sound recordings into a 3d space gave me a sense of an impressionistic portrait of South Bank - or at very least a non-specific inner city location in Australia... Maybe it's the snippets of conversations happening in Australian accents? "Southbank Portrait" is kind of like what happens when I close my eyes in a crowded space - light and sound signals from the outside start leaking in and projecting an alternative version of the world onto the inside of my skull.

"Southbank Portrait" takes about 15 minutes to explore (or however long you like really). I really like the idea of using CGI/game technology to make shorter, more experiential or impressionistic portraits. The interaction here is super pared back, basically you just need to look around while you are swept through the space. I'm not usually going to games for a narrative experience, nor for challenging gameplay - not that there's anything wrong with either of those things as the driving force behind a game. "Southbank Portrait" is a bit more like a painting or a sculpture though - you can just look.